A Guide to Research in Medieval and Renaissance Studies

Medieval scholarship has been shaped by various efforts to gather, edit and publish the available primary sources of the period. Some of these efforts have revolved around topics, such as the crusades and the councils of the church, while others have focused on the documentary record of the several great national groups of the period. The following is a basic bibliography of the major source collections. Several have now been placed online, but most remain available only in print.

An excellent introduction to the history and contents of many of these collections can be found in: David Knowles, Great Historical Enterprises: Problems in monastic history. London, 1963. - Available in the Bobst collection at: BX4662 .K6.

For information on how to navigate the chronicles in many of the sources cited below, see M. McCormick, Les annales du haut Moyen Age. Typologie des sources du Moyen Age occidental,  fasc. 14. Turnhout: Brepols, 1975. - Available in the Bobst collection at:  Z6203 .T95 fasc. 14.

Note: Many medieval primary sources have been edited outside the various collections listed below, as separate volumes. They may be searched in BobCat under their authors and /or titles.

cartulR - Répertoire des cartulaires.  - An index to all French cartularies edited and unedited, searchable by region, departement and diocese.

Chartes et diplômes relatifs à l’histoire de France. Paris: Académie des inscriptions et belles-lettres, 1946. - This is a project to publish the royal charters of France.
The various elements of this project have been separately cataloged in the Bobst collections under the monarch's whose charters they contain. A search in BobCat for "Académie des inscriptions et belles-lettres" will bring up a complete list.

Recueil des historiens de la France. Paris: Académie des inscriptions et belles-lettres, 1903- . - This project is broken into three separate series:
Documents financiers, Paris, 1899- , continued by:
Documents financiers et administratifs, Paris, 1992- .
Obituaires, Paris. 1899- , begun again in under the same title in 1984.
Pouilles, Paris, 1903- .
This series has been separately cataloged in the Bobst collections under the particular document being edited. A search in BobCat for "Recueil des historiens de la France" will yield the available holdings, which are sparse. A fuller collection is held at Columbia University.

The Monumenta Germaniae Historica, also known at the Deutsches Institut für Erforschung des Mittelalters, has been the vehicle by which virtually the entire documentary heritage of medieval Germany has been published since the project was undertaken in 1819.There are numerous subseries: Scriptores, Leges, Diplomata, Antiquitates, Deutsches Mittelalter & Quellen zur Geistesgeschichte des Mittelalters, Scriptores in usu scholarum, Schriften, as well as the MGH journals: Deutsches Archiv, Archiv and Neues Archiv.
The MGH is available in electronic form. See the tab for "Full Text Primary Sources" above. The most useful version is actually the free resource provided by the MGH itself, which is both searchable and browsable.
Numerous institutional histories of the MGH have been published. An excellent account is available in David Knowles' Great Historical Enterprises, cited above.

Rerum Britannicarum Medii Ævi scriptores. London, 1858-96; reprint. 1964-65. - Often simply known as "The Rolls series," this is the British equivalent of the MGH, though it was done relatively quickly by comparison and with less editorial rigor. It's publication was undertaken and overseen by the head of the Public Rolls Office. For those working in English history, the collections developed by the Camden Society, the Royal Historical Society and the Pipe Roll Society, among others, should also be consulted.
The set is available in the Bobst collection at: DA25 .B5.

Corpus Christianorum. Turnholti [Belgium]: Brepols, 1953- . This series represents one of two modern efforts to produce critical editions of the patristic texts to replace those available in Migne. [See below.] The series has appeared in several subseries: the Series Latina and Series Graeca treat the church fathers through the end of Antiquity; the Continuatio Mediaevalis continues the texts through the Middle Ages; the Series Apocryphorum treats the apocryphal texts. There are also series of tools associated with the main set, the Instrumenta Lexicologica, Series A and Series B.
The Corpus Christianorum series have been separately cataloged in the Bobst collections. A search in BobCat for the series title will bring up all volumes, but a search under the author or title of an individual patristic text is a more effective way to find needed works. The Brepols online product, The Library of Latin Texts, draws man of its medieval texts from the Corpus Christianorum.
Corpus Scriptorum Eccesiasticorum Latinorum. Vienna: Hoelder-Pichler-Tempsky, 1866- . This series, often abbreviated at CSEL or called "the Vienna Corpus," has been produced by the Österreichische Akademie der Wissenschaften and is the other effort to update Migne.
The Corpus Scriptorum Eccesiasticorum Latinorum volumes have been separately cataloged in the Bobst collections. A search in BobCat under the series will bring up all available volumes, but a search by author and title of the desired text is the more effective way to find needed works. Like the Corpus Christianorum, many of the medieval texts in Brepols online product,  The Library of Latin Texts, are drawn from the CSEL.
Migne, J.P. Patrologiae cursus completus. Paris, 1844-64. There is a Series Latina (221 vols.) and a  Series Graeca (161 vols.).
The Series Latina is available in the Bobst collections at: BR60 .M4. The Series Graeca is available at: BR60 .M5
There is an online, full-text version of the Series Latina. There is an online version of the Series Graeca, though it is only an image file and is not full-text searchable.
Sources Chrétiennes. Paris, Éditions du Cerf. - This is a collection of patristic texts founded in Lyon in 1943 by a group of Jesuit scholars and pairs Latin, Greek & Syriac original texts with French translations. The series is separately cataloged in BobCat, but the available titles may be searched under the series title.

Baronio, Cesare. Annales Ecclesiastici. 12 vols. in 6. Coloniae-Agrippinae : Sumptibus Ioannis Gymnici & Antonij Hierati, 1609-1624. - Baronius was the first great attempt to assemble a collection of the documents of the church from the Catholic perspective, both conciliar and other documents. Later collections devoted specifically to the church councils drew much of their material from Baronius' work. 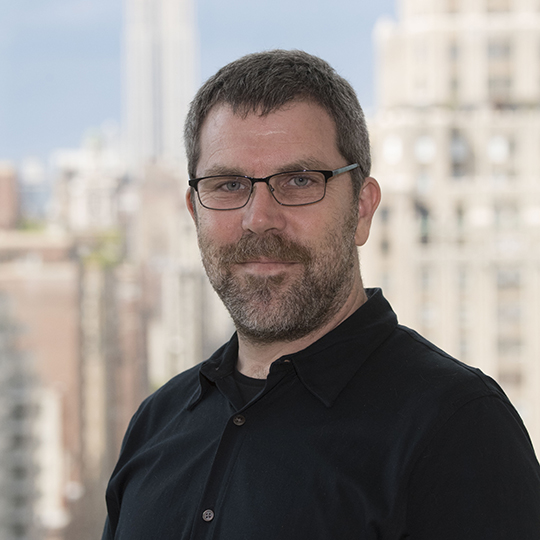