The American Labor Who's Who. New York: Hanford Press, 1925. This dictionary provides brief biographical information in the "Who's Who" format for not only the U.S. but also abroad. Organization, occupation (which includes political prisoners), U.S., and international indexes. 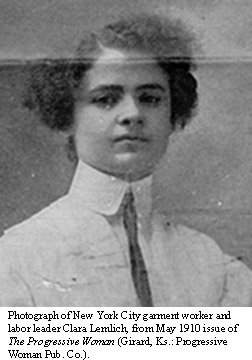 American National Biography / Garraty, John Arthur Garraty, Mark C. Carnes, and American Council of Learned Societies. New York: Oxford University Press, 1999. Available in print and, for NYU researchers, online. The electronic edition features over 17,000 original biographies, thousands of illustrations, hyperlinked cross-references and links to select web sites. New biographies added quarterly in January, April, July and October -- including articles on recently deceased notables as well as figures from the past who were not subjects in the print edition. Browse labor-related biographies by choosing "Labor" from the complete list of realms of renown on the search screen.

Biographical Dictionary of the American Left / Bernard Johnpoll and Harvey Klehr. Westport, Conn: Greenwood Press, 1986. Covers a cross-section of the leaders of the American Left, with the majority of entries focusing on the early 20th century. Source information follows biographical entries. Contains an index and six appendixes, including one for major party affiliation and another listing those who abandoned the radical movement.

Biography and Genealogy Master Index. 2nd ed. Miranda C. Herbert and Barbara McNeil. Detroit: Gale Research Co., 1980. Index to current and retrospective biographical reference sources for individuals from around the world in various fields of activity in print and, for NYU researchers, online. 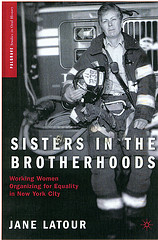 A Preliminary Bibliography of American Labor Leader Biographies / Cornell University. New York State School of Industrial and Labor Relations. Library. Ithaca: ILR, 1961 (mimeograph). A useful but dated guide to biographies. Each entry contains birth and death dates (where available), and union affiliation. Entries include monographs and articles from mass market media and entries in biographical dictionaries. There is also an index to the entries by union.

Who's Who in Labor. New York: Arno Press, 1976. An updated (but now out of date) edition of the 1946 title. Contains brief information on several thousand labor figures. There is a capsule description of the AFL-CIO, national unions, government offices "serving" labor, labor studies centers, glossary of terms, a bibliography of labor periodicals, and indexes to individuals by union and state.

Who's Who in Labor; The Authorized Biographies of the Men and Women Who Lead Labor in the United States and Canada and of those Who Deal with Labor. New York: The Dryden Press, 1946. Sections on labor leaders and those who deal with labor (government commissioners, state government labor officials, etc). Contains appendices listing unions, labor press by state, union education directors, labor schools, chronology of labor legislation, glossary of labor terms, and the constitutions of the AFL and the CIO.