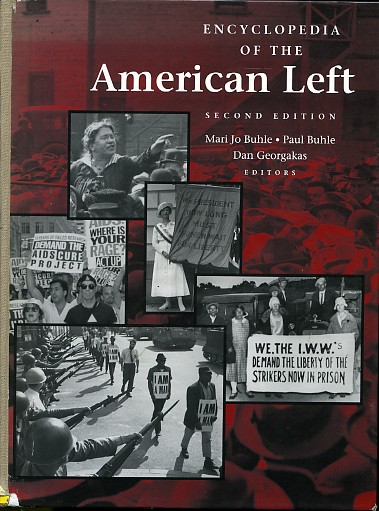 American Federation of Labor: History, Encyclopedia, Reference Book. American Federation of Labor. Washington, D.C.: AFL, 1919-60. 3 volumes in four containing useful and difficult to find information. Volume I (1919) contains a long historical account of the AFL along with AFL organizers by state, treaties, and descriptions of unions. Volume II (1924) also begins with a historical essay. Volume III (1960, in two parts) includes a series of photographs. Each volume has its own index. Reprinted by Greenwood Press (ISBN for the set: 0837195683) in 1977.

American Labor Unions, What They Are and How They Work, 2nd ed. / Florence Peterson. New York: Harper, 1963. Describes how labor unions, as organisms, perform their functions and conduct their daily affairs. Divided into five sections: growth of the American labor movement, structure and internal government, unions and the law, unions and employers, and "off-the-job activities." Contains a glossary of labor terms, a directory of unions, and an index. 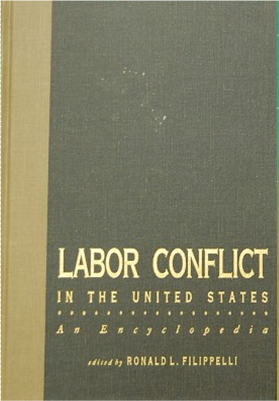 The American Labor Year Book. New York City: Rand School of Social Science, 1916-1932. The yearbooks were prepared by the Department of Labor Research at the Rand School (the Tamiment Library is the successor to the school) to meet the needs of the labor movement. "[T]his volume represents the first attempt in this country to establish a reliable chronicle of the aims, struggles and achievements of labor throughout the world" (from the introduction by Morris Hillquit, p. 7). This guide provides detailed information on every aspect of the labor and socialist movements. Many of the essays are signed by major labor and socialist leaders. In 1916 it was divided into five parts; by 1931 it had grown to 15 parts. All the volumes have their own index. An invaluable source of information on the labor and socialist movements. Available on microfilm as part of Socialist Collections in the Tamiment Library. Ann Arbor: UMI, shelved at Film R-7124, Reels 51-52.

Encyclopedia of U.S. Labor and Working-Class History. Eric Arneson. New York: Routledge, c2007. This three volume set contains more than 650 signed entries with bibliographies on the people, organizations, events, and issues related to labor history from the colonial era to the present.

First Facts of American Labor. New York: Holmes & Meier, 1984. Edited by Philip S. Foner, this begins by pointing out the difficulty of determining many first facts about American labor. Arranged alphabetically. Contains an index. Foner's first cited strike is 1619 at Jamestown. Unfortunately no sources are given. 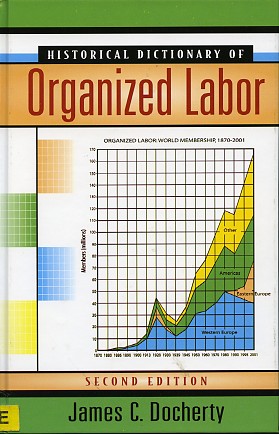 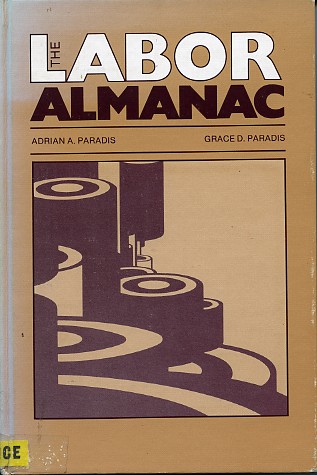 Labor Conflict in the United States. An Encyclopedia. New York: Garland, 1990. Edited by Ronald L. Filipelli, this encyclopedia provides 254 signed entries by scholars on major labor disputes involving the use of force, not limited to strikes or lockouts. Racial and ethnic conflict are included when competition for employment, a strike, or a union, were involved as in the San Francisco Anti-Chinese Riots of 1877. There is also an entry on slave rebellions. Each narrative entry provides a grasp of the "issues, events, personalities, and outcomes" and includes a brief bibliography. A labor history chronology, a glossary of terms, and a selected general bibliography are also included.

Labor Fact Book. New York: International Publishers, v. 1-17; 1931-1965. Prepared by the Labor Research Association and published by the CPUSA, these books provide information on a wide range of labor related issues. Economic Statistics are provided in all the volumes, as well as trade union information. Scope of coverage varies over the years reflecting the changing political concerns. A reprint edition was published in 1972 by Oriole Editions in New York but this too is out of print. The reprint has a separate volume with an index to the set.

Labor History Archives in the United States: A Guide for Researching and Teaching / Daniel J. Leab and Philip P. Mason, eds. Detroit: Wayne State University Press, 1992. A revised and expanded compilation of lists that appeared in Labor History, this guide provides the essential information on forty libraries, archives and historical societies in the United States. An introductory essay by Philip Mason, former Director of Wayne State University's Walter P. Reuther Library of Labor and Urban Affairs, provides an important discussion on collections. The signed listings are arranged by region, beginning with New England and going west. The entries do not follow a standard format but each essay contains information about important holdings, access, and contact information. An integrated index provides access by subject, personal name, union, and institution. 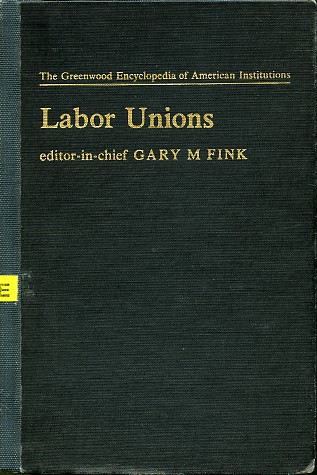 0837189381. Edited by Gary Fink, this volume provides signed, historical sketches with suggestions for further reading on more than 200 unions and labor federations in the United States. The criteria for inclusion were "longevity, historical significance, size and economic power, and the influence." Thus the scope is not limited to AFL-CIO affiliates or to unions in existence when the volume was written. Useful appendices include national affiliations, chronology, union genealogies, executive leadership from the founding, and a glossary. Unions are listed under the first keyword of the organizational name, dropping words like Brotherhood or United. There is an index to names of individuals and organizations. 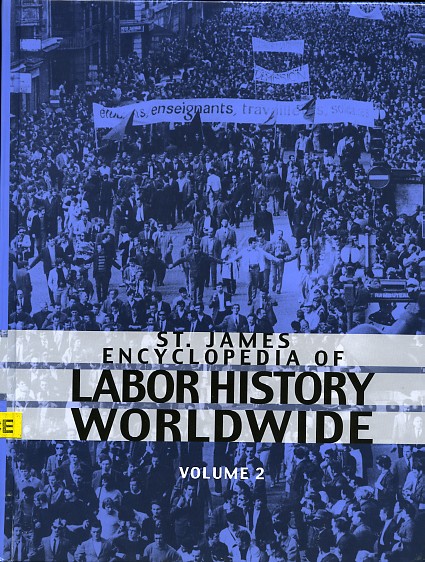 St. James Encyclopedia of Labor History Worldwide: Major Events in Labor History and their Impact. Neil Schlager. Detroit: St. James Press/Gale Group/Thomson Learning, 2003. The 2 vol. set covers, "more than 300 key events in labor history over the last 200 years, focusing on the relevance of these events to both the labor movement as a whole and to societal changes around the world. Each entry, written and signed by an expert in the field, is three to five pages in length and includes a description of the event, information about the key players involved and discusses the event in historical context.