A guide to the Printed Ephemera Collections at NYU's Tamiment Library

Beginning in 1912, a year in which Eugene V. Debs was running for President of the United States, Scott Nearing and Charles Beard of the Rand School asked their students to start collecting fliers, pamphlets, leaflets, handbills, manifestoes, broadsides, palm cards, and posters that were being distributed on the picket lines so they could be discussed in classes on political economy and trade union administration. These pamphlets and pieces of ephemera were then placed in the school’s library. In 1963, the Tamiment Library at NYU acquired the library of the , including its ephemeral literature. 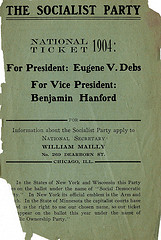 The Rand School recognized early on what many considered at the time to be of little or no value. Because of this foresight, the Tamiment Library now holds an extensive collection of ephemeral literature documenting the political causes and trade unionism of the early 20th century. The Tamiment staff continues to place value in printed ephemeral matter. Through removal of material from manuscript collections, collecting by staff, and donations, the collection of printed ephemera has grown to encompass today's activism. It has also grown considerably in size, scope and format. 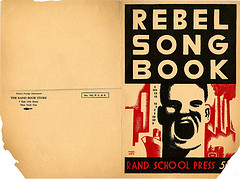 The collection is a treasure trove of colorful fliers and pamphlets from hundreds of organizations. Taken as a whole, it documents the changing nature of printed ephemera over the course of a century. The collection provides insight into the types of public material printed by such prominent groups as the Communist Party USA, Students for a Democratic Society, and the Socialist Party of the , as well as important trade unions like the International Ladies' Garment Workers' Union, the National Maritime Union, and the American Federation of Labor.

Printed ephemera has proved a challenging medium to process for most institutions. Traditionally, monograph cataloguing has been a way to provide access; this method is both time and cost intensive. The Tamiment Library put together a plan to process its collection of printed ephemera using archival methodology. Through a National Endowment for the Humanities-funded grant, the Tamiment Library established a project team to execute and provide access to the collection.

Images from left to right:

Work on the printed ephemera collections at Tamiment has been ongoing.  In the early 2000s a grant-funded project provided for the cataloging of 3,000 organization files at the folder level.  Preliminary processing of the collection began in 2005.  At that time, the VF was stored in acidic folders in lateral file cabinets in fourteen separate but overlapping series.  The fourteen series were collapsed into four series of files and the materials were rehoused into acid-free folders in 237 boxes and enumerated at the file level in an Access database.  The Individuals, Subjects, and Trade Union series were then described in electronic finding aids, and the ALBA series detailed in an html list on the library's website.  Periodicals were removed from the VF and processed for cataloging, and many pamphlets were processed for cataloging under an accession number system.  377 boxes of unprocessed vertical file materials in offsite storage were surveyed and described at the box-level in an access database.

In 2009, two archivists began working on the organization of over 600 linear feet of printed material. Some of the material was processed and housed in a Vertical File collection, however much was stored offsite in boxes and was a mix of many different organizations, unions, and types of material including books, pamphlets, convention proceedings, newspaper clippings, fliers, and postcards. 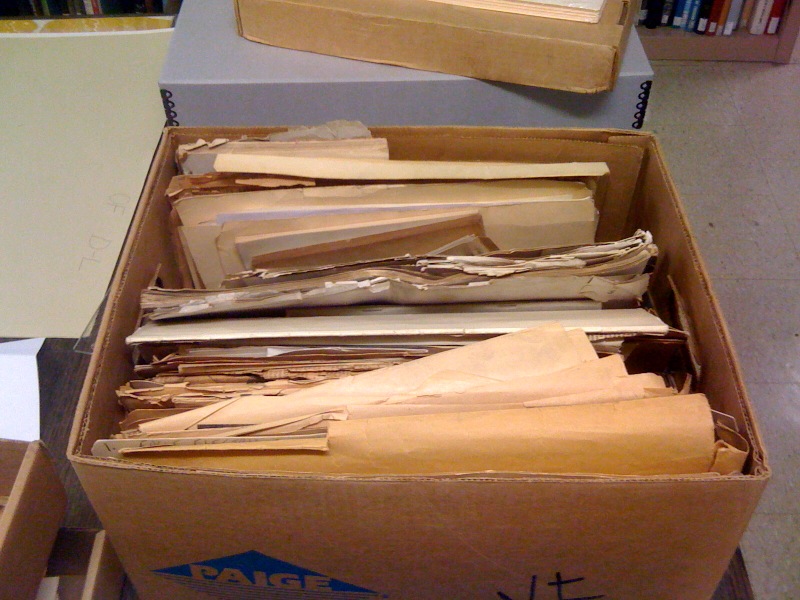 In order to make sense of the collections and to best devise a plan for processing, the first task for the archivists was to sort through the 370 offsite boxes and re-categorize them into the same four broad categories as the existing Vertical File collection, and others as applicable.  For instance, it soon became apparent there were many boxes of books, serials and government documents which would not stay in the newly minted "Printed Ephemera Collections", so the archivists tagged these and gave them to the appropriate department within Tamiment for processing or cataloging.

During this initial sort, the archivists separated materials by format: pamphlets, serials, books - and by content: union materials and other vertical file topic papers, specifically, organizations, individuals and general topics non-union related.  They had the following groupings and extents: 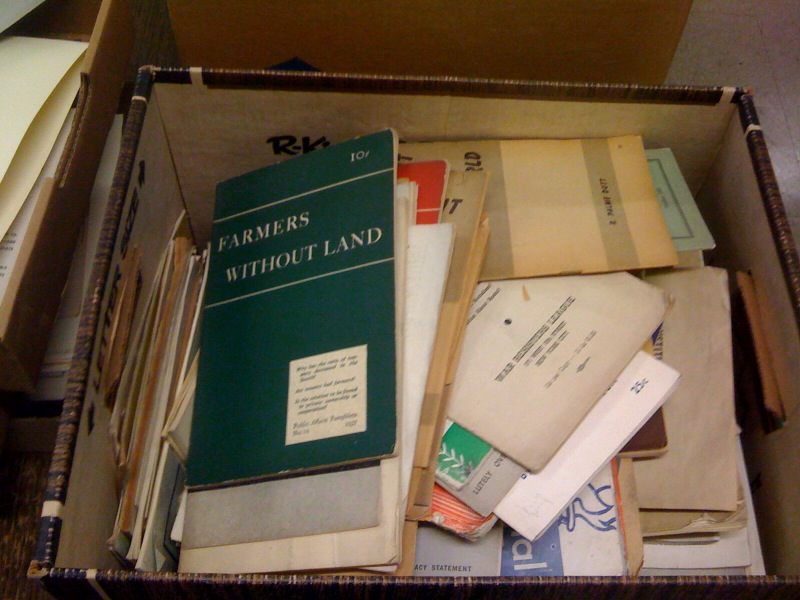 The archivists then reviewed the existing processed materials to see how these fit in with the backlog.  Starting with the Trade Union material appeared to the archivists as the easiest way to get through the bulk of the backlog. This would also be an area where researchers would see an immediate benefit. The archivists deteremined that any material comprising more than one box would warrant a finding aid.  After sorting, organizing and re-processing the Trade Union related material, the project had 25 new discrete collections of union-related materials, organized by Trade Union name as well as a general run of Trade Union-related files. Each union in this large run has anywhere from one file for smaller, more obscure unions to several files for the larger unions.

After Individuals, the archivists began work on the Organizations, which was the most challenging aspect of the project.  A legacy project provided cataloging for the Organization Files at the folder level. These records had to be deleted from the Bobst library catalog because they were out of date; folders were not catalogued, dates were innacurate, and additional material was found in each folder. In order to delete the records from the catalog, the archivists had to run a report using a specific terminology. This report identified the records; the Library eventually deleted them. The issue was complicated by the fact that these records were not just in NYU's BobCat but also available in WorldCat.

Using the same methodology as for Trade Unions, i.e., when there is more than one linear foot of material on one organization a new collection was created and a finding aid written, ten new collections from the OFs were created.  These included the Socialist Workers Party, PE 027, the Socialist Party (U.S.), PE 032, the League for Industrial Democracy, PE 033, and Students for a Democratic Society, PE 035.  All of these new collections complement existing manuscript collections at Tamiment.  A majority of the material remained in the general run of Printed Ephemera Collection on Organizations, PE 036.  PE 036, as a whole, documents many defunct organizations or those formed temporarily for purposes of protests, human rights activities, or political action.

The archivists treated the Subject Files in the same way as the other collections. Material was added into existing folders and when appropriate, new subject files created.  The project added a significant amount of material on the Vietnam War as well as more material on Student Activities and Women.

The project team is progressing on schedule, having now processed the 600 linear feet of material into 42 discrete archival collections. Researchers began, almost immediately, to request these collections.