This Research Guide was originally prepared by Shoshannah Zirkin Turgel, who received her MLS from the Palmer School of Library and Information Science, Long Island University, and her MA in history from New York University in 2009. 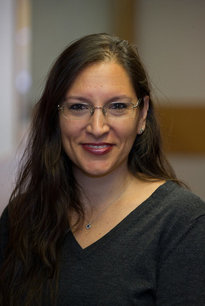 The Jews of Kaifeng - Books

Laytner, Anson H. and Jordan Paper. The Chinese Jews of Kaifeng : a millennium of adaptation and endurance. Lanham: Lexington Books, 2017

Rebouh, Caroline. The Jews of China: history of a community and its perspectives. Newcastle upon Tyne: Cambridge Scholars Publishing, 2018.
History of the Jews arrival in China -- The great travelers and the missionaries -- The arrival of the Radanites -- The Jewish influence on Chinese thought -- The Chinese hieroglyphs -- Hebraic-Chinese terminology -- Physiognomy -- Birth and growth of the Kaifeng community -- The Kaifeng synagogue -- The twentieth century -- The community of Kaifeng today -- Future prospects of the Kaifeng Jews.
NYU Bobst / Main Collection DS135.C5 R43 2018

Weisz, Tiberiu. The Kaifeng Stone Inscriptions : The Legacy of the Jewish Community in Ancient China. New York: iUniverse, 2006.
Weisz' text is divided into two sections: the first is a translation of three stone inscriptions dated from 1489 to 1663, on which the Kaifeng Jews recorded the story of their temple, and the second analyzes what the inscriptions reveal about the life of Jews in early (Han-Song) China.
NYU Bobst / Main Collection DS135.C5 W45 2006
NYU Shanghai Library (China) / Main Collection DS135.C5 W45 2006

Wong, Fook-Kong. The Haggadah of the Kaifeng Jews of China. Leiden: BRILL, 2011

Meyer, Maisie J. From the Rivers of Babylon to the Whangpoo: a Century of Sephardi Jewish Life in Shanghai. Lanham, Maryland: University Press of America, 2003.

Hochstadt, Steve. Shanghai Jewish Community Oral History Project. Bates College, Maine.
"The Shanghai Jewish Community Oral History Project is directed by Steve Hochstadt, former Professor of History at Bates College. The project collects oral histories of surviving Shanghai Jews, focusing especially on the German-speaking refugees. The interviews show not only how they survived, but also how they created a community of synagogues, cafes, theaters, schools, and newspapers. The first interviews were done on a trip to China in spring 1989. The rest were taped in Florida, California, Berlin, Vienna, Salzburg, Chicago, and other places. Currently there are over 100 interviews with over 115 Shanghai Jews. Professor Hochstadt has recorded oral testimonies for more than 100 Jewish refugees who escaped to Shanghai during WWII. His study focuses primarily on German Jews. Transcripts of these interviews are available in both English and German.

Levine, Hillel. In Search of Sugihara: The Elusive Japanese Diplomat Who Risked His Life to Rescue 10,000 Jews from the Holocaust. New York: The Free Press, 1996.
Professor of Sociology and Religious Studies at Boston University, Hillel Levine tells the story of Sugihara, Japanese consul in Lithuania during WWII, who saved thousands of Jews during WWII. An excellent biography. Essential for understanding the history of Jews who found refuge in Shanghai via Japan.
NYU Bobst / Main Collection D804.66.S84 L48 1996
NYU Shanghai Library (China) / Main Collection D804.66.S84 L48 1996

Tokayer, Marvin, and Mary Swartz. The Fugu Plan: The Untold Story of the Japanese and the Jews During World War II. Jerusalem; New York: Gefen, 2004.
Bobst has 1996 edition.
Examines Japanese and Chinese relations as they pertain to Jews and Jewish life in China during WWII. Discusses a Japanese plot called the “Fugu Plan” to relocate 200,000 Jews to Manchuria during the years before the war. Focuses largely on a group of Jews who escaped first to Kobe, Japan, and later to Shanghai, and discusses Japanese-Jewish relations in Shanghai.
NYU Shanghai Library (China) / Main Collection DS135.C5 T64 2004
NYU Bobst / Main Collection DS135.C5 T64 1996

Chiune Sugihara: Conspiracy of Kindness.
The story of Sugihara, Japanese consul in Lithuania during WWII, who issued thousands of visas illegally to Jewish refugees. These individuals traveled through Russia and Japan before arriving in Shanghai. Includes commentary from his family and anecdotes from specific refugees who he saved.
NYU Bobst Avery Fisher Center / Main Collection DVD 12030
NYU Shanghai Library (China) / Media Center DVDSH 791

Collections of Articles and Research Guides

RAMBI Index to Articles on Jewish Studies
Comprehensive coverage of Judaic Studies, including Sino-Judaica, a particularly important journal. Journals also include, The Image of Jews in Contemporary China, and The Jews of China.

Beit Hatfutsot
​Searching "China" on this website accesses several articles and exhibitions about Jewish communities in mainland China, Hong Kong, and elsewhere, including The Jews of Harbin, China and The Jews of Kaifeng - Chinese Jews on the Banks of the Yellow River. The museum also maintains a collection of databases that can be searched at the museum or via e-mail request.

The Jewish Community of China
IGUD YOTZEI SIN was founded in Israel in 1951 to provide community solidarity for Jews who formerly lived in China. The website’s academic content is organized by location, and provides chronologies, biographies, photographs, and lists of publications for thirteen Jewish communities in China. The coverage of areas that hosted larger communities (such as Shanghai and Harbin) is the most comprehensive.

The Sino-Judaic Institute
Founded in California in 1985, the Sino-Judaic Institute is a non-profit organization that works to promote the cultural understanding and historical preservation of the study of Jews and Judaism in China. The institute publishes a journal called Points East three times annually. Current articles and archived editions are available on the site.